Reviews, Vol. I, Issue I
Man in the Botanical Garden:
The Fallen, the Forbidden, the Golden, the Heaven-Going Tree versus the Tree Turned Upside Down 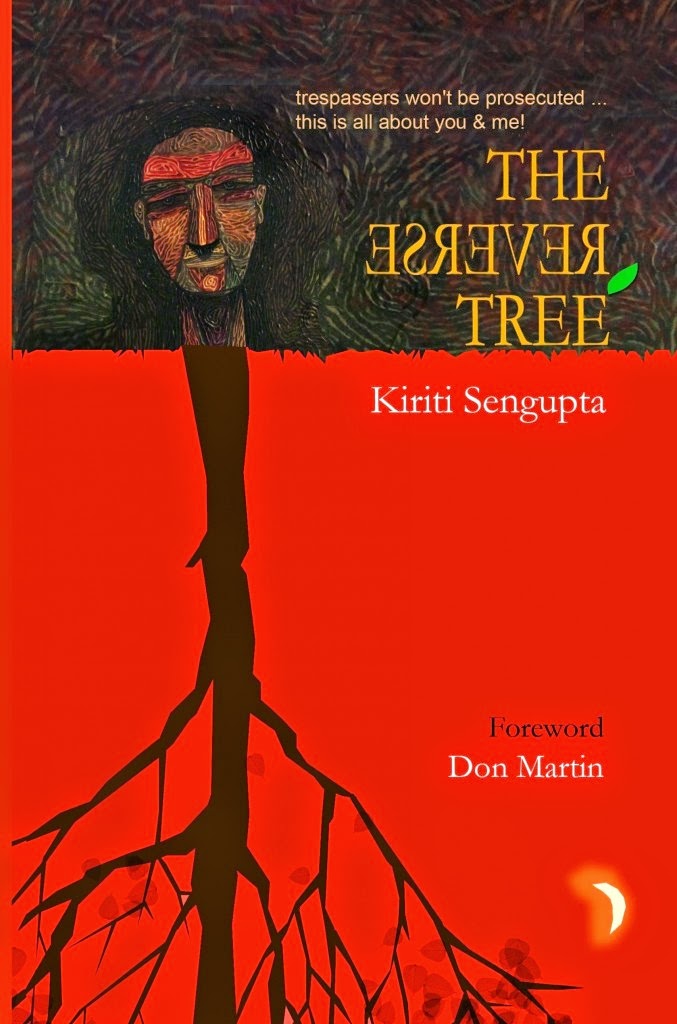 In the beginning man was hermaphrodite, a man-tree carrying both fruit and seed in the wake of it. But in a masterstroke of evolution the tree fell, its fruits fell off and the seeds spilled. From the seeds came two separate entities, sex-wise, male and female, and gender-wise, man and woman. They were so different in body and mind that without looking at each other, soon went in opposite ways in desperation. But both soon suffered the desperation of a yearning to seek out the other. This was love. Out of this desperation they sought fulfillment in the other. But out of the same desperation they were in perpetual flight, perpetually withdrawing from each other, in perpetual disagreement. Man never experienced such an aggravated sense of Eros and Thanatos as in this twin manifestation.

Or in the Garden of Eden man was alone and lonely, so God created woman from man’s rib bone to be his partner; a partner in life and a partner in death; a partner in his rise and in his fall; a partner in his glory and in his shame. It was a divine bond beyond and at the same time around the Forbidden Tree of consciousness, the consciousness of good and evil. When the forbidden tree bore fruit it was woman who ate the fruit first, so she also became capable of bearing fruit and she gave the seeds to man to eat.

Or in the sacred grove of Nemi in ancient Rome there had been a golden tree. Anybody breaking a branch of this tree would have become a priest-king. So the reigning priest-king had to defend the tree from any challenger aspiring to break a branch, by remaining on guard all the time and by maintaining a round the clock vigil. The power struggle or the blood conflict eventually got transformed into a psychological conflict of ego and around the golden tree man and woman were seen lurking in ambush.

Or in the Old Norse mythology there is yggdrasil or the heaven-going tree that acts like a stairway to heaven. Is this tree a woman, capable of redeeming the fallen man?

Perhaps all these trees get connected in the surreal tree that Kiriti Sengupta presents us in his latest book The Reverse Tree which he describes as a crisis-management autobiographical philosophy. The man-woman problematic leads him to reverse the fallen man-tree towards the original androgynous ardhanariswar position but he turns it upside down keeping in view the contemporary gender issues to show his reverse tree caught in a time warp. He seems to probe into this seemingly unending sex-dilemma which is all too human to humanly decipher by changing the metaphor in each chapter. The hypothetical, the comic, the poetic, the physical, the voyeuristic and the spiritual sides of the same quest are recorded with a human cry for compassion and a human will to divine grace. One can understand his anxiety in the question, “would you still like to consider men as trees?” I once heard an educated lady saying that man was a tree, the more stout the tree was the more bliss your golden deer(read ‘woman’) would get by rubbing onto it. If your tree is stout, as he claims in the prologue, why all this bother is not well understood. Here is his prologue:-

“ my tree is stout,
well-developed
it refutes the gravitational pull

not always, you know…

my roots run
against the sap!”

However an uncertainty and a question of ‘life in death’ and ‘death in life’ are indicated as well in the prologue. A non-stout tree is unsuitable for the golden deer of magical forests and a man is helpless except he turns into a poet dreaming and churning out ‘poetree’ in his incapacity. Is a poet masculine or masculine enough to have a smooth sailing? I have doubts. The poet is a crucifix standing in wilderness of life awaiting the arrival of meanings to purify his soul so that he remains a spiritual martyr. Then why this concern to keep the soul immaculate in the process of its ‘translation’ through life? The body must die for its sins. So the soul must live by its own virtue. The body is the bound of experience but it is transcended to keep the soul intact. Is not the body as divine as the ‘sap’ through which your ‘roots’ penetrate? Then why only the body is transgressed and violated just because you have a false sense of identity? Then what is an identity? There is nothing truer than your true being even when that gets deluded by the golden deer of ‘becoming’. Then why fear the false prophets, the ‘editors’ of falsity and artificiality? The body is immediate and contingent, the soul distant but urgent. Body is pain, blood, sweat, tears, guts (Clara); the soul is an untouchable (the narrator). The poet is a body, a failed body, a spurned and violated body, a body reserved for postmortem (like the inspection of Clara’s suture) but it is a body that redeems others, enables others to have a soul. The poet is the totemic ‘I’ without which life is meaningless.

I am sure that The Reverse Tree will mark a turning point in the writer’s life and art as evident from his serious and engaging questions about the areas of life not so well-lighted or clearly defined. Hope he will continue his philosophical quest towards enlightenment.

Reviewed by Bishnupada Ray
Associate Professor of English at the University of North Bengal, India.
He is an Indian English poet and won a Pushcart Prize nomination in 2009
VARSHA SINGH at 19:53
Share